Just before my last Wednesday’s ballet class started I lived through another out of body experience.

Before every dance class starts, we’re all ready to go at the barre, the instructor sets up and introduces the class, usually with some small talk to engage the students.  For a few minutes I was able to pay attention to all that was happening around me. From hearing the dance teacher’s euphonious voice, paying attention to the lighting in the studio, saw most of the other girls paying attention to the instructor, some having their own quiet chats, observed their bodies, their hands, their backs, busts, hips, legs, hair, faces, core, arms, feet, attitude, what they were wearing, how they were standing, their movements, the look in their eyes; everything.

As my discovering mind took in of all these stimuli, at the same time it thought about the unlikeliness of me being there, in the middle of all that; the absurdity. A collection of emotions ran through my veins and nerves. Some where happening at the same time and others came in a sequence. Time warped as motion and sound came to a crawl, but it was all happening in real time. It could have been just a minute or two or seven or ten. I really don’t know and it doesn’t matter. But I was joyful, satisfied, serene. I was in the middle of all that! I was both physically immersed as well as if I was watching from 100 metres above the ground, like a sprite casting an ever watching net over the room covering every square millimetre.  It was normal, as if it had always been like that and at the same time it felt as I had never been there, but everything was familiar to me, like being home.

The unlikeliness of me being there, in the middle of all that; the absurdity.

As if all my life I wanted to be in that moment, though I had never imagined it, much less visualized until last Wednesday. It was new and old. I felt foreign and relaxed. It happened in slow motion. My body paced its breathing and didn’t blink. It was an eternity, probably how religious people think how heaven would be a happy place for ever and ever. Extremely peaceful, analytic (otherwise it wouldn’t be me), exceedingly gratifying.

I could be in that moment a for a lifetime!

What comes after peaceful eternity? Then two demi pliés followed by a grand plié. 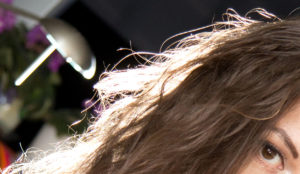 HolaSoyYo.com is a very personal first hand account, analysis and thoughts of my progression as I challenge myself and my social structure.